This one was a three birds with one stone (sort of) RAK. This is the twenty-seventh of 49 random acts of kindness that I’m doing to honor the victims of the Orlando Pulse nightclub shooting. Hopefully each small act puts a little bit of happiness back out in the world!

I bought a set of three Starbucks cards, taped them to each of these cards and picked three random vehicles in the Safeway parking lot to leave them on. It was so much fun!

This RAK is in honor of Jonathan A. Camuy Vega. He was a hero during the massacre – he died trying to save someone else. His body was found covering that of a young mother, Yilmary Rodriguez Sullivan (she will be RAK #41). He worked for La Voz Kids, a show similar to the Voice. Rest in peace, Jonathan. 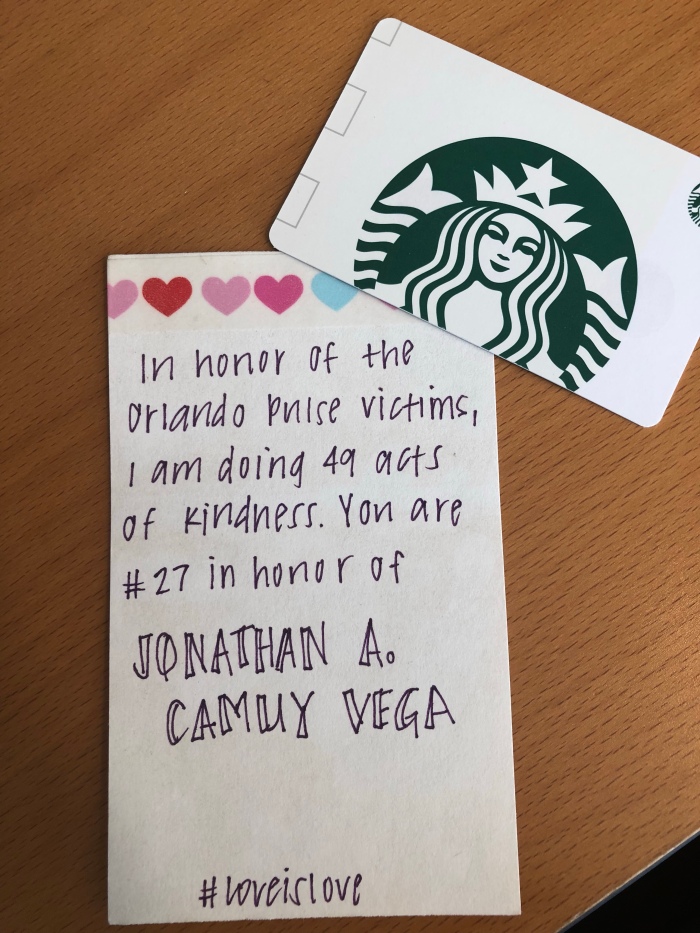