This is the fifth of 49 random acts of kindness (RAKs) that I’m doing to honor the victims of the Orlando Pulse nightclub shooting. Hopefully each small act puts a little bit of happiness back out in the world!

This was another fun one. I asked the cashier to load some money on the Safeway gift card and then for her to give it to someone who looked like they were truly having a terrible day. She and the bag boy were super excited about their “mission”.

This RAK is in honor of Luis S. Vielma, was 22 years old and worked at Disney World, specifically at the Harry Potter ride. In fact, J.K. Rowling herself tweeted about his death. He was in college studying to be a physical therapy assistant and his friends and family described him as one of the kindest people they had ever met. Rest in peace, Luis. 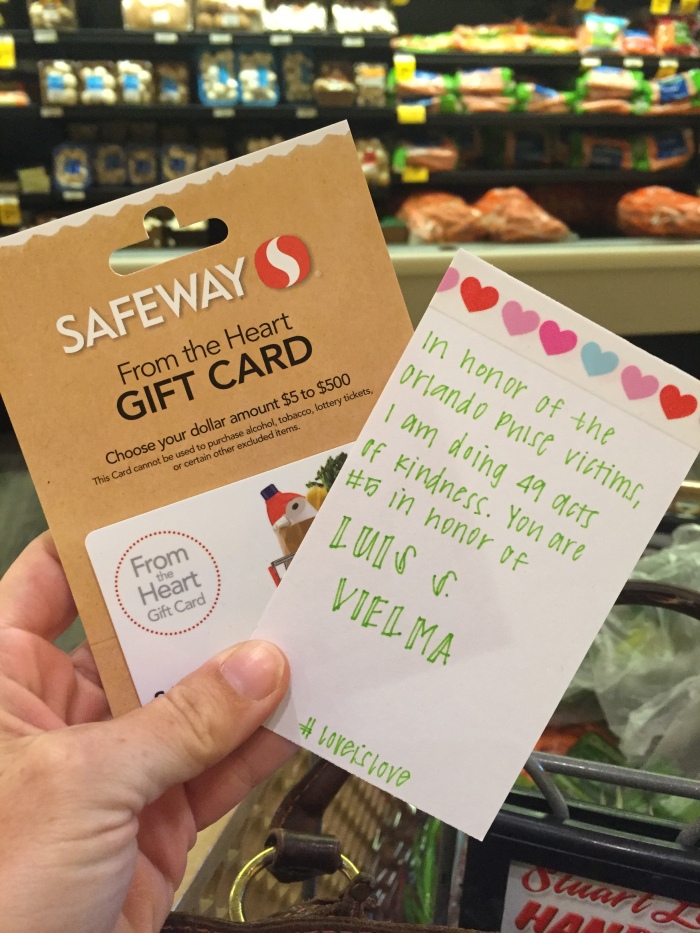